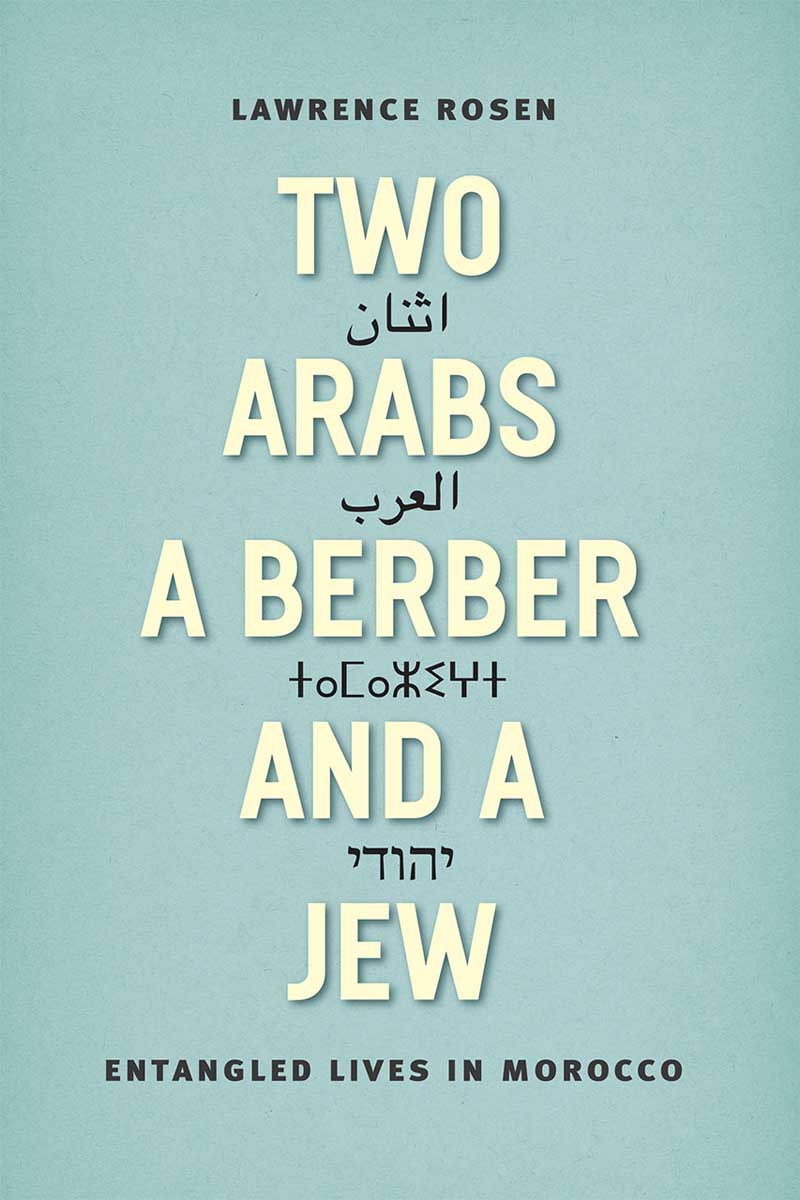 Two Arabs, a Berber, and a Jew

Rosen Lawrence
In this remarkable work by seasoned scholar Lawrence Rosen, we follow the fascinating intellectual developments of four ordinary Moroccans over the span of forty years. Walking and talking with Haj Hamed Britel, Yaghnik Driss, Hussein Qadir, and Shimon Benizri – in a country that, in a little over a century, has gone from an underdeveloped colonial outpost to a modern Arab country in the throes of economic growth and religious fervor – Rosen details a fascinating plurality of viewpoints on culture, history, and the ways both can be dramatically transformed. Through the intellectual lives of these four men, this book explores a number of interpretative and theoretical issues that have made Arab culture distinct, especially in relationship to the West: how nothing is ever hard and fast, how everything is relational and always a product of negotiation. It showcases the vitality of the local in a global era, and it contrasts Arab notions of time, equality, and self with those in the West. Likewise, Rosen unveils his own entanglement in their world and the drive to keep the analysis of culture first and foremost, even as his own life enmeshes itself in those of his study. An exploration of faith, politics, history, and memory, this book highlights the world of everyday life in Arab society in ways that challenge common notions and stereotypes.

Lawrence Rosen is the William Nelson Cromwell Professor of Anthropology at Princeton University and adjunct professor of law at Columbia Law School. He is the author of many books, including "Bargaining for Reality", "The Culture of Islam", and "Varieties of Muslim Experience", all also published by the University of Chicago Press.

"With this book, distinguished cultural anthropologist and brilliant writer Rosen offers an innovative, urbane, and effective use of biography to write a multivoiced cultural history of Morocco. Rosen first imagined the project nearly fifty years ago while conducting fieldwork in Sefrou during the time of the Six-Day War. Ironically, tribal attachments are not disappearing as the world globalizes, which is a lesson many cosmopolitan elites and politicians have been slow to learn and which makes this book and Rosen's provocative take-home message ('there is safety in diversity') not only relevant to current affairs but also tantalizing" – Richard A. Shweder, University of Chicago

"At a time when the world is weighed down by tensions among communities and religions that lead to dangerous tendencies in many quarters to fall back on a narrow identity, here is a work that makes it clear that there is no simple truth. Rosen, with the talent for which he is well known, gives a shining example of what an ethnographic study can accomplish. Such a work makes it possible to counter preconceived and oversimplified ideas about identity and demonstrates that human beings are capable of living with complexity, religious diversity, and otherness. Thanks to the surprising proximity to his subjects, Rosen shows us the trajectories of four veritable 'artists of life' while avoiding the pitfalls of apologetics or romanticism" – Marie-Claire Foblets, Max Planck Institute for Social Anthropology

"Rosen's genius is to make the particular accessible and its relevance to the universal apparent. It is this quality, combined with his compassion and empathy, that makes him the ideal commentator of our complex and divided world. Although based on the stories of individual Muslims and Jews in North Africa, the book really is about our common human predicament. We are truly blessed to have this brilliant and towering intellectual giant among us so generously sharing his wisdom and humanity" – Akbar Ahmed, Ibn Khaldun Chair of Islamic Studies, American University
Back to the list of books